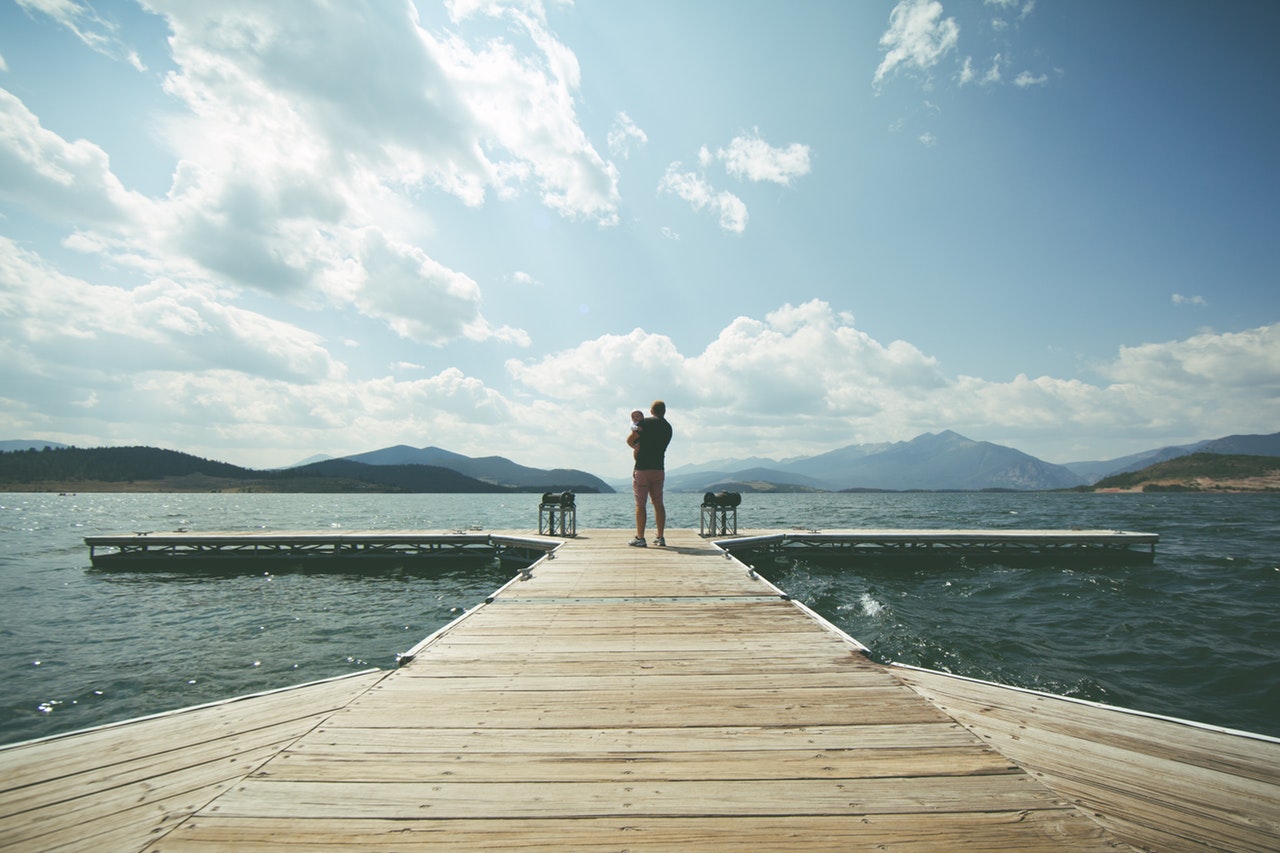 You did not choose me, but I chose you and appointed you that you should go and bear fruit and that your fruit should abide, so that whatever you ask the Father in my name, he may give it to you.
John 15:16 (ESV)

It must have been a great comfort to the disciples to know that their relationship with Jesus was not because they had sought it or earned it. He had found them, chosen them, and appointed them to live a certain way for a specific purpose. It is the same with us. We, too, have been chosen to carry on the same kind of commission the first disciples were given. We did not find him by our own search. We didn’t choose him out of a lineup of gods. He thrust his love upon us and set us apart to know him and to be a part of his plan to fulfill what he had in mind before creation.

We were designed and made to live on earth as sons of God the Father. We were not designed to live in isolation or to make it on our own. We were made to enjoy God fully and live in the peace of his presence and provision. Humans can’t make life work when they try to live without the consciousness of the Father’s presence. We weren’t given the resources to make the earth flourish if we insist on doing it apart from him. “For apart from me you can do nothing.” John 15:5b

A distant god is not enough. We speculate about his nature and intentions. We create religions trying to relate to one who will finally judge all things. Some who believe the Bible is his word will make the rules, laws, and lessons of the book the central issue of life, but they never see his face.

An absent father is no father at all. The very nature of God the Father is his determination to live with his family. He has never been content to stay in the heavens hidden from his sons and daughters. He insisted on having a tent with the Israelites. He gave strict guidelines for building a tabernacle so that he could be with those he had chosen. He gave them direct guidance through the cloud during the day and the pillar of fire at night. He talked face to face with Moses as the people’s representative. One time when Moses was so angry with the people because of their blatant and foolish idolatry, God offered to send angels with them onward in their journey with the power to defeat their enemies and provide for their needs. But Moses knew the heart of God the Father and would not take the offer. “We won’t go unless your presence goes with us. It is our distinctive,” he insisted.

Later, after Jesus came to show what the Father looked like, the disciples were extremely sad that he was going away. He assured them that he was only going to prepare a place for them with the Father. “I will not leave you orphans; I will come to you,” he said. He did exactly that, and through his death and resurrection, he prepared a place in the Father for all who trust him. From his exalted position at the right hand of the Father, he sent the Spirit to make real the Father and son relationship that believers have with God. As we believers live in his constant presence, we are empowered to partner with him in his purpose of blessing the whole creation.

God designed us to live as sons. He designed creation to be managed by sons. When we try to live as survivors and achievers, we inevitably fail. When orphans try to manage the creation, the whole earth suffers. The call today is for sons to enjoy the Father as they fulfill their assignments on earth. There are blessings all around.
Tweet