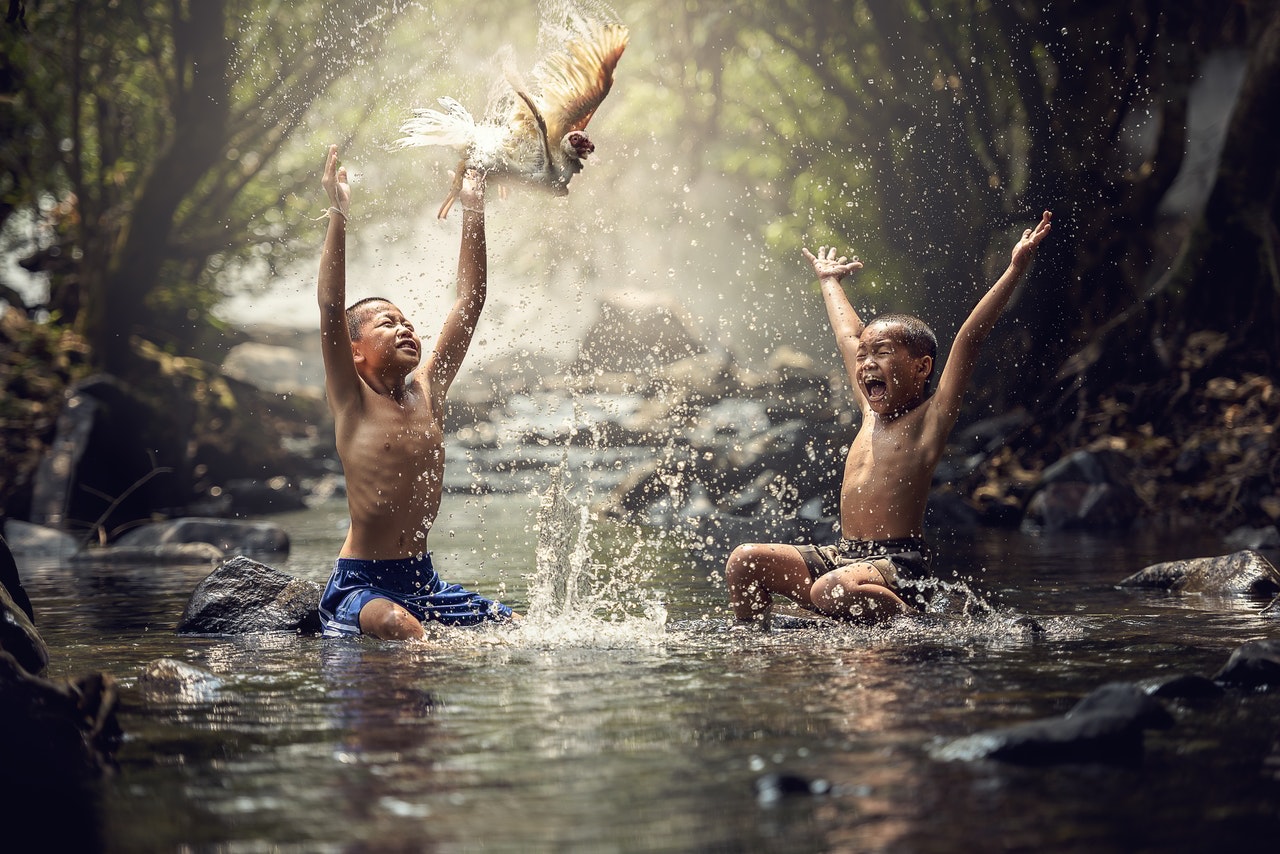 It has been said that there is a God-shaped vacuum in all of us and that we can never be fulfilled until that space is occupied by the God that created us. We can be even more specific. That inner space that cries for meaning was designed to be filled with the God who is a Father. Christianity’s distinctive must include the unique privilege of knowing God as Father. In his classic work, Knowing God, J.I. Packer writes, “'Father' is the Christian name for God.”

In his last discourse with his disciples before his crucifixion, Jesus summarizes and focuses on his main purpose. The discussion is all about the father and son dynamic. He reveals that he has come to reveal the true nature of God the creator: He is a Father. He has room in his family for many sons. Those sons have the same privileges as the eternal Son, Jesus. As they embrace that role their joy will be as full as possible. Nothing can add to its quality or quantity. There will be no need to shop for other pleasures. They will find what they were created for.  They will have the same joy that Jesus, the eternal Son has.

What does living as one whom God knows as son look like? Both the first son, Adam, and the last Son, Jesus, reveal that kind of joy.

First, sons are conscious of the presence of God the Father. Humans are made to live in his presence. Life doesn’t work well outside of his presence. Outside is where speculation and deception take place. Adam and Eve walked and talked with God in the Garden of Eden. (Sons, as used in this context, is not about male and female, but status and relationship with God. Eve was a son with Adam.) Jesus lived in such conscious awareness of the Father he could say, “I do what I see my Father doing. I say what I hear my Father saying.”

Second, sons are content with daily provision. They know that fathers provide what sons need to get their assignment done. Adam and Eve had a garden filled with trees with every flavor of fruit possible. Jesus didn’t feature ownership because he was aware of having access to the Father’s resources. When he needed bread to feed the crowd, it was there. When he needed a donkey to ride into Jerusalem, it was available. When he needed a tomb for the weekend, it was his to use. Sons don’t worry about provision. They have a mission to complete.

Third, sons are engaged in their partnership with the Father in carrying out his purpose on earth. They love what he loves and want to be a part of the grand mission of blessing the whole earth as God’s garden. Adam and Eve were eager to manage the Garden of Eden with all its plants, animals, and minerals. The land was designed to be ruled by sons. It always suffers when humans who think like orphans try to rule. Jesus delighted to do the Father’s will even to the point of becoming sin so that many sons could be added to the family.

Our joy is relative to our living as sons of God. Those who know God as Father can face any obstacle with confidence that the one who controls the universe is a Father. He delights in his sons.
Tweet

So, cool! Tyler and I had this same conversation the other day...Joy and Jesus revealing the Father-Son relationship ...Joy is the walk, Father is the " new" name revealed that we" get to" receive this as sons bc Jesus sacrificed Himself in our place so we could have what He has forever....( just repeating what you said... Holy Spirit was talking to each of us about what you wrote bc you are His son!!!!) JustLove!!!